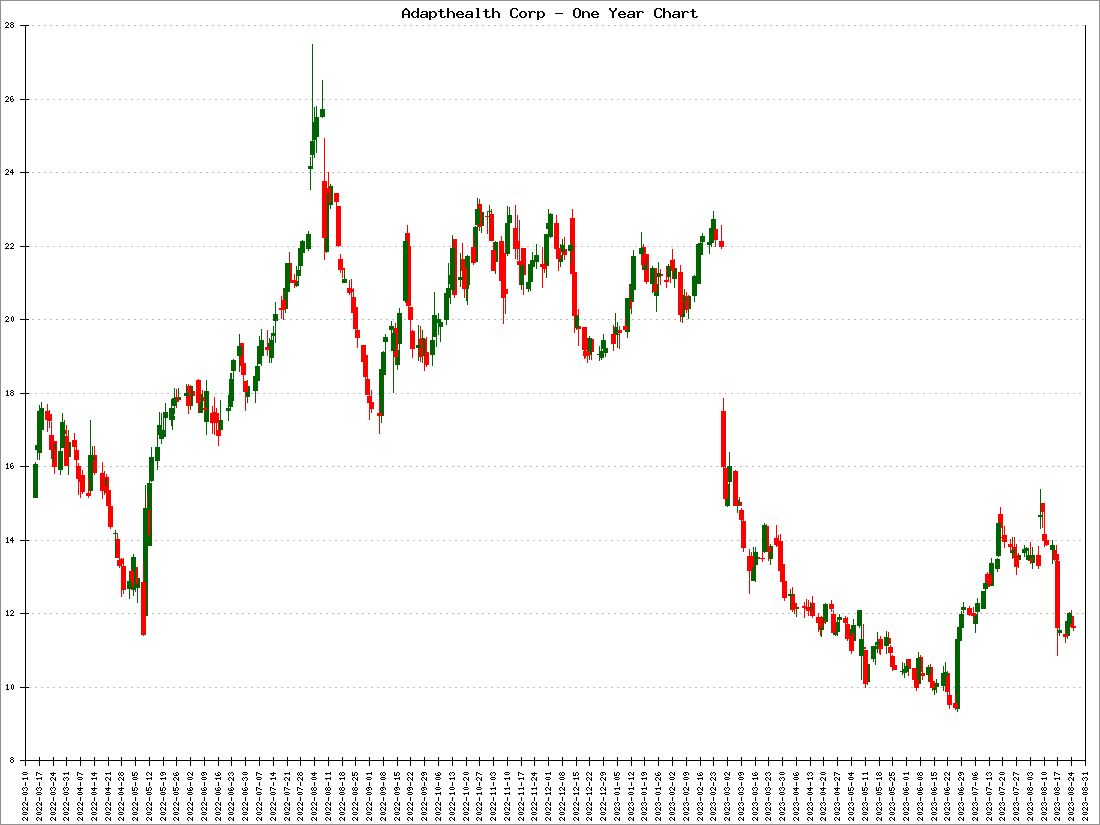 The company operates in the LIFE SCIENCES sector and SERVICES-HOME HEALTH CARE SERVICES industry. Adapthealth Corp has a staff strength of 0 employees.

This is a -3.49% slip from the previous day's closing price.

A total volume of 801,689 shares were traded at the close of the day’s session.

In the last one week, shares of Adapthealth Corp have increased by +0.68%.

In the last 12-months Adapthealth Corp’s revenue was $2.800 billion with a gross profit of $0.528 billion and an EBITDA of $0.579 billion. The EBITDA ratio measures Adapthealth Corp's overall financial performance and is widely used to measure its profitability.

In the trailing 12-month period, Adapthealth Corp’s operating margin was 9.85% while its return on assets stood at 3.48% with a return of equity of 6.91%.

In Q2, Adapthealth Corp’s quarterly earnings growth was a negative -25% while revenue growth was a positive 17.9%.

The PEG on the other hand provides a broader view compared to the P/E ratio and gives greater insight into Adapthealth Corp’s profitability.

Adapthealth Corp stock pays annual dividends of $0 per share, indicating a yield of 0% and a payout ratio of 0%.

AdaptHealth Corp. The company is headquartered in Plymouth Meeting, Pennsylvania.