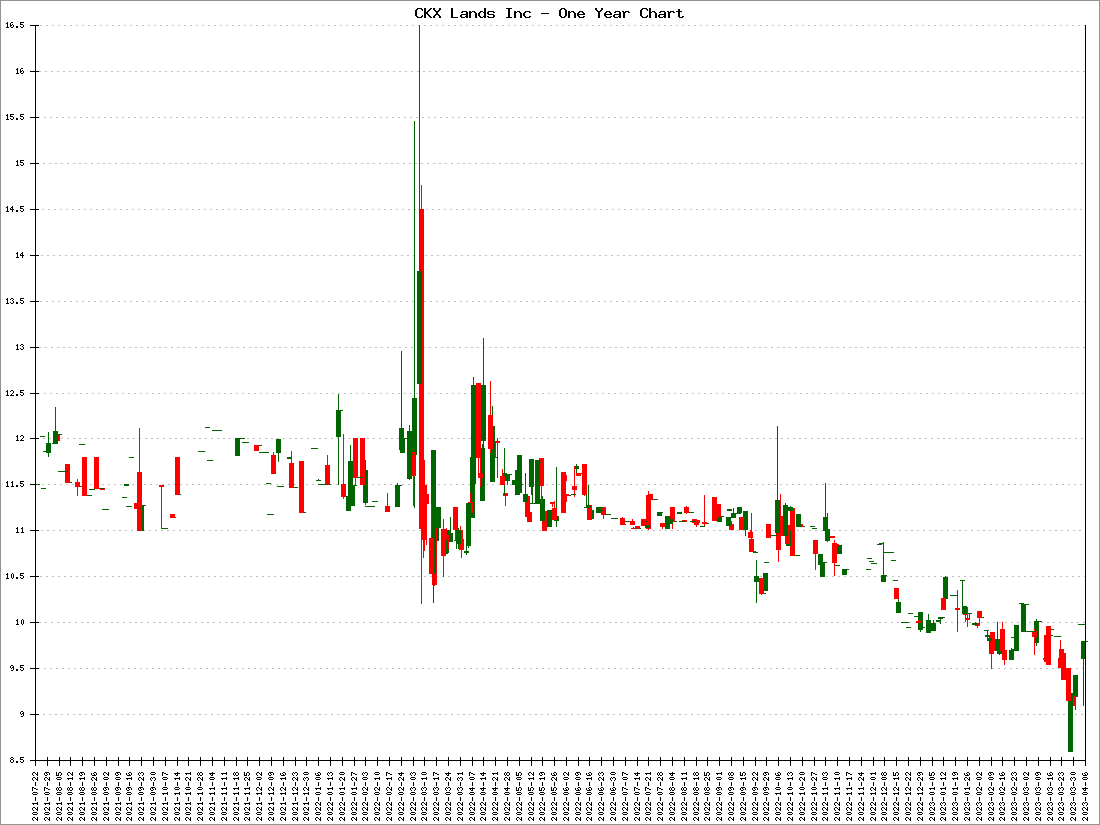 The company operates in the ENERGY & TRANSPORTATION sector and CRUDE PETROLEUM & NATURAL GAS industry. CKX Lands Inc has a staff strength of 0 employees.

A total volume of 266 shares were traded at the close of the day’s session.

In Q2, CKX Lands Inc’s quarterly earnings growth was a negative -98.9% while revenue growth was a positive 46.8%.

The PEG on the other hand provides a broader view compared to the P/E ratio and gives greater insight into CKX Lands Inc’s profitability.

CKX Lands Inc stock pays annual dividends of $0 per share, indicating a yield of 0% and a payout ratio of 0%.

CKX Lands, Inc. is dedicated to land ownership and management in the United States. The company is headquartered in Lake Charles, Louisiana.