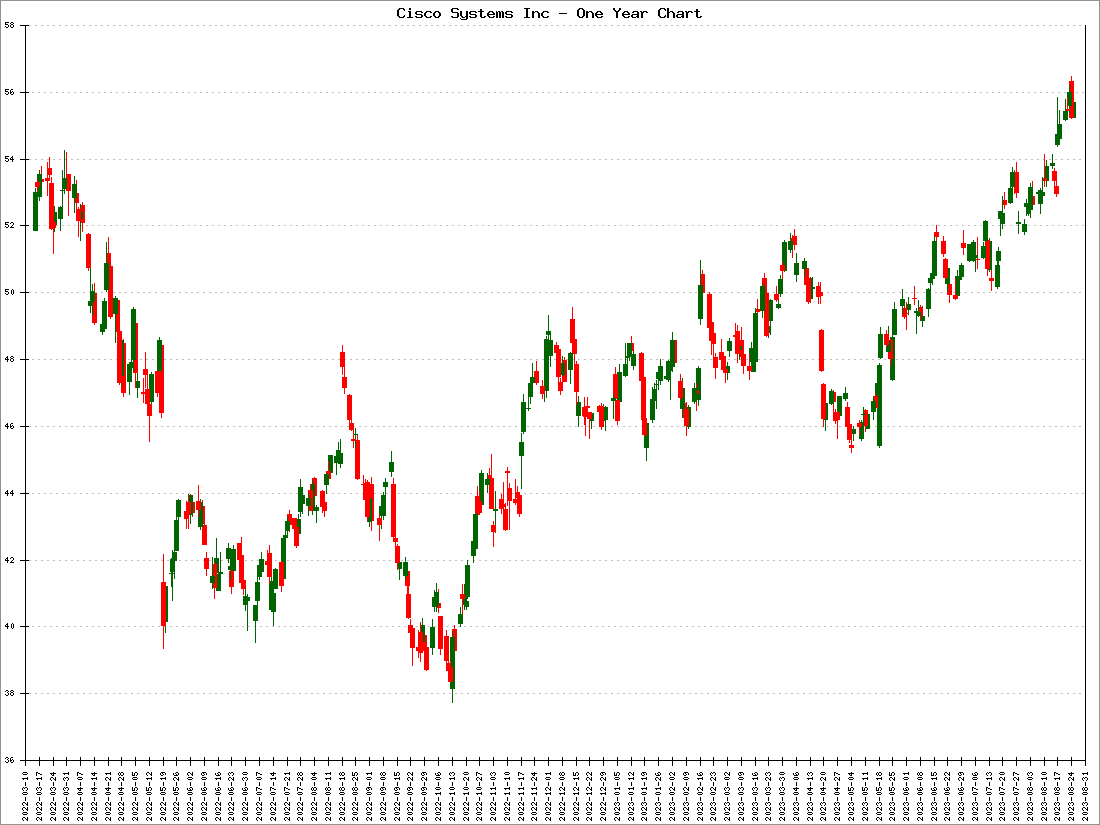 The company operates in the Technology sector and COMPUTER COMMUNICATIONS EQUIPMENT industry. Cisco Systems Inc has a staff strength of 0 employees.

This is a -1.96% slip from the previous day's closing price.

In the last one week, shares of Cisco Systems Inc have increased by +1.3%.

In the last 12-months Cisco Systems Inc’s revenue was $51.557 billion with a gross profit of $32.248 billion and an EBITDA of $15.902 billion. The EBITDA ratio measures Cisco Systems Inc's overall financial performance and is widely used to measure its profitability.

The PEG on the other hand provides a broader view compared to the P/E ratio and gives greater insight into Cisco Systems Inc’s profitability.

Cisco Systems Inc stock pays annual dividends of $1.5 per share, indicating a yield of 3.34% and a payout ratio of 0%.

Cisco Systems, Inc. is an American multinational technology conglomerate headquartered in San Jose, California, in the center of Silicon Valley. Cisco develops, manufactures and sells networking hardware, software, telecommunications equipment and other high-technology services and products. Through its numerous acquired subsidiaries, such as OpenDNS, Webex, Jabber and Jasper, Cisco specializes in specific tech markets, such as the Internet of Things (IoT), domain security and energy management. On January 25, 2021, Cisco reincorporated in Delaware.