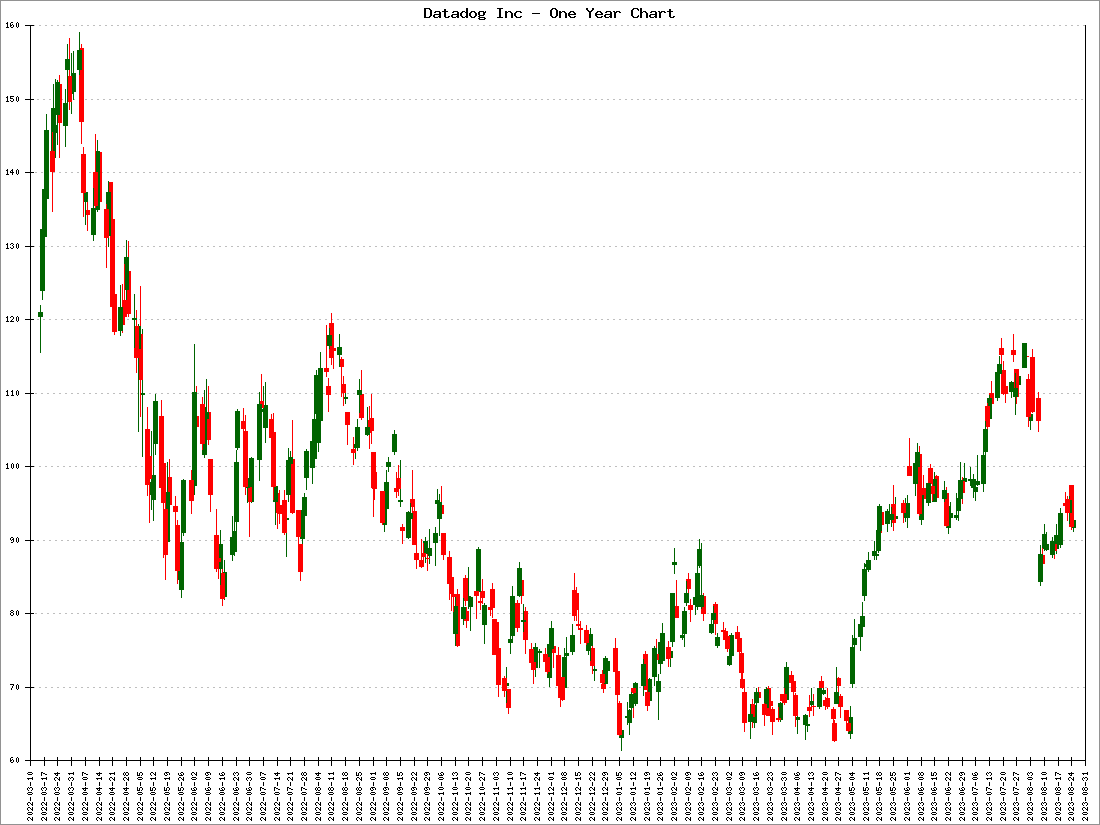 The company operates in the Technology sector and SERVICES-PREPACKAGED SOFTWARE industry. Datadog Inc has a staff strength of 0 employees.

This is a -7.82% slip from the previous day's closing price.

In the last 12-months Datadog Inc’s revenue was $1.366 billion with a gross profit of $0.795 billion and an EBITDA of $0.036 billion. The EBITDA ratio measures Datadog Inc's overall financial performance and is widely used to measure its profitability.

The PEG on the other hand provides a broader view compared to the P/E ratio and gives greater insight into Datadog Inc’s profitability.

Datadog Inc stock pays annual dividends of $0 per share, indicating a yield of 0% and a payout ratio of 0%.

Datadog, Inc. provides an analytics and monitoring platform for developers, information technology operations teams, and business users in the cloud in North America and internationally. The company is headquartered in New York, New York.