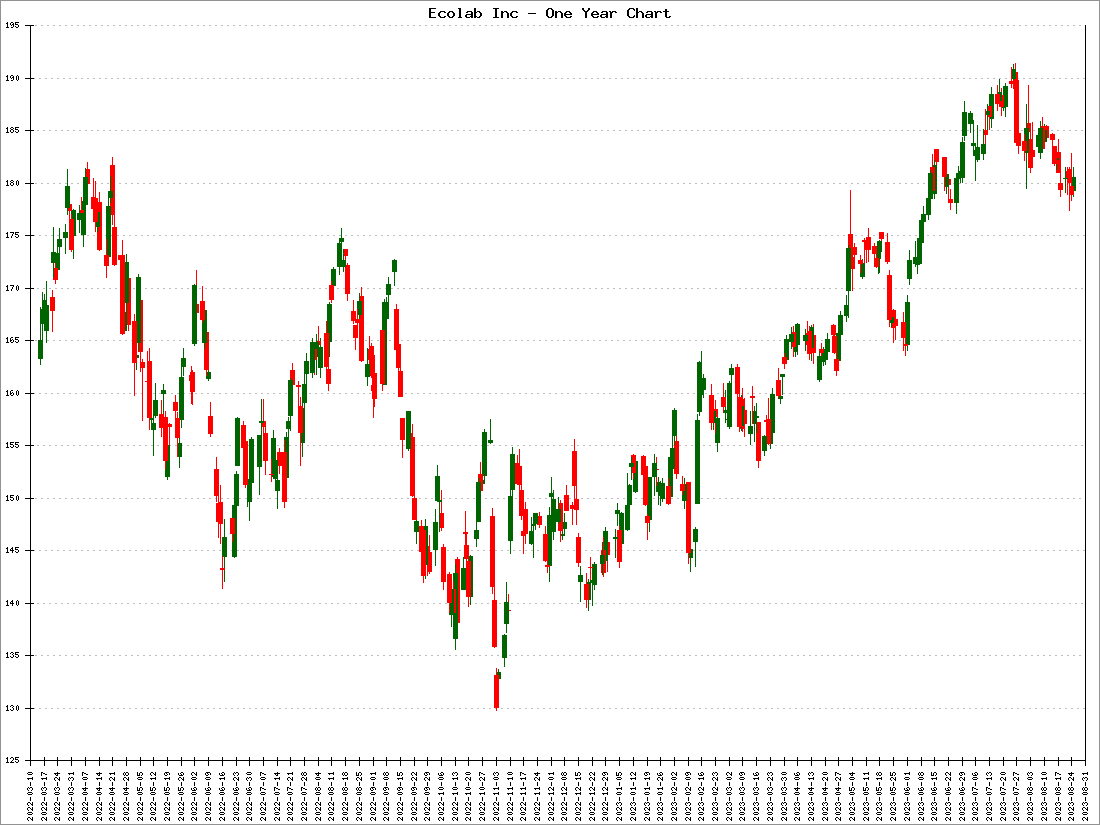 The company operates in the LIFE SCIENCES sector and CLEANG PREPARATIONS industry. Ecolab Inc has a staff strength of 0 employees.

This is a -4.02% slip from the previous day's closing price.

In the last 12-months Ecolab Inc’s revenue was $13.533 billion with a gross profit of $5.211 billion and an EBITDA of $2.726 billion. The EBITDA ratio measures Ecolab Inc's overall financial performance and is widely used to measure its profitability.

In the trailing 12-month period, Ecolab Inc’s operating margin was 0% while its return on assets stood at 5.78% with a return of equity of 1602%.

The PEG on the other hand provides a broader view compared to the P/E ratio and gives greater insight into Ecolab Inc’s profitability.

Ecolab Inc., headquartered in St. Paul, Minnesota, is an American corporation that develops and offers services, technology and systems that specialize in water treatment, purification, cleaning and hygiene in a wide variety of applications. It helps organizations both private market as well as public treat their water, not only for drinking directly, but also for use in food, healthcare, hospitality related safety and industry.