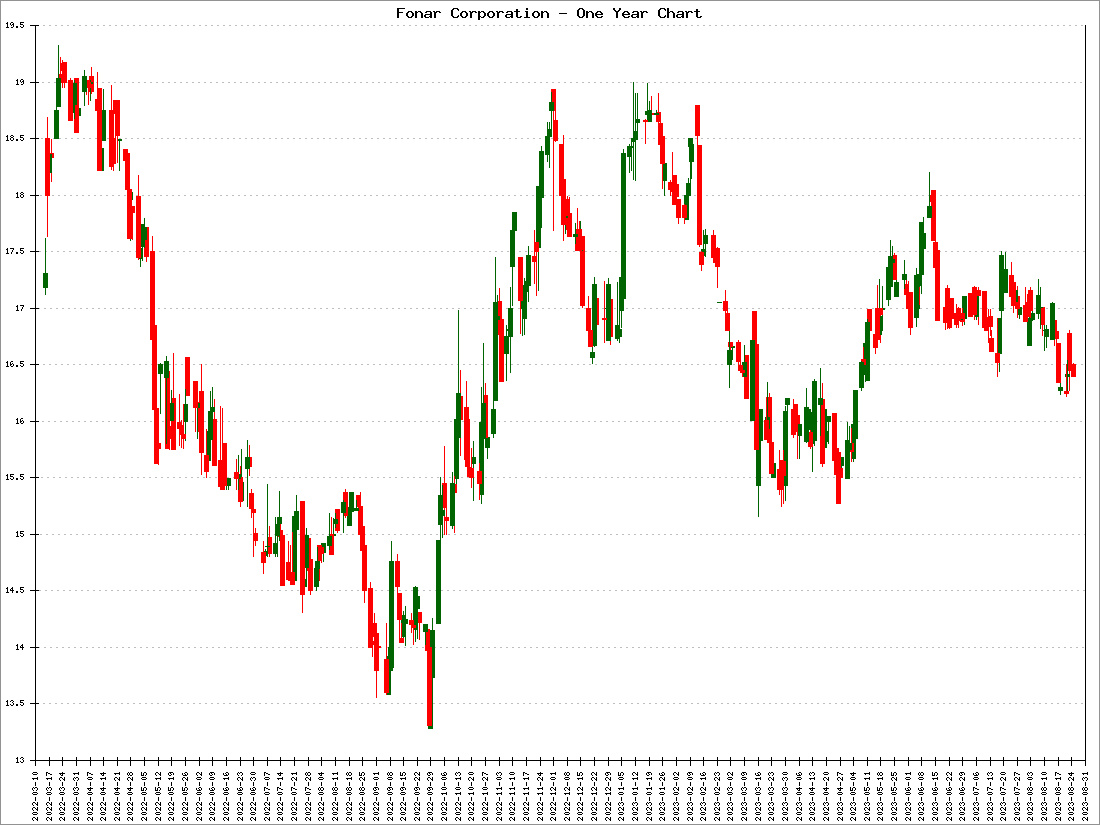 The company operates in the LIFE SCIENCES sector and ELECTROMEDICAL & ELECTROTHERAPEUTIC APPARATUS industry. Fonar Corporation has a staff strength of 0 employees.

This is a -0.7% slip from the previous day's closing price.

A total volume of 26,581 shares were traded at the close of the day’s session.

In the last one week, shares of Fonar Corporation have increased by +5.81%.

In the last 12-months Fonar Corporation’s revenue was $0.098 billion with a gross profit of $0.047 billion and an EBITDA of $0.027 billion. The EBITDA ratio measures Fonar Corporation's overall financial performance and is widely used to measure its profitability.

In the trailing 12-month period, Fonar Corporation’s operating margin was 22.6% while its return on assets stood at 7.07% with a return of equity of 12.2%.

The PEG on the other hand provides a broader view compared to the P/E ratio and gives greater insight into Fonar Corporation’s profitability.

Fonar Corporation stock pays annual dividends of $0 per share, indicating a yield of 0% and a payout ratio of 0%.

FONAR Corporation is engaged in the research, development, production, and marketing of Magnetic Resonance Imaging (MRI) scanners for the detection and diagnosis of human diseases in the United States. The company is headquartered in Melville, New York.