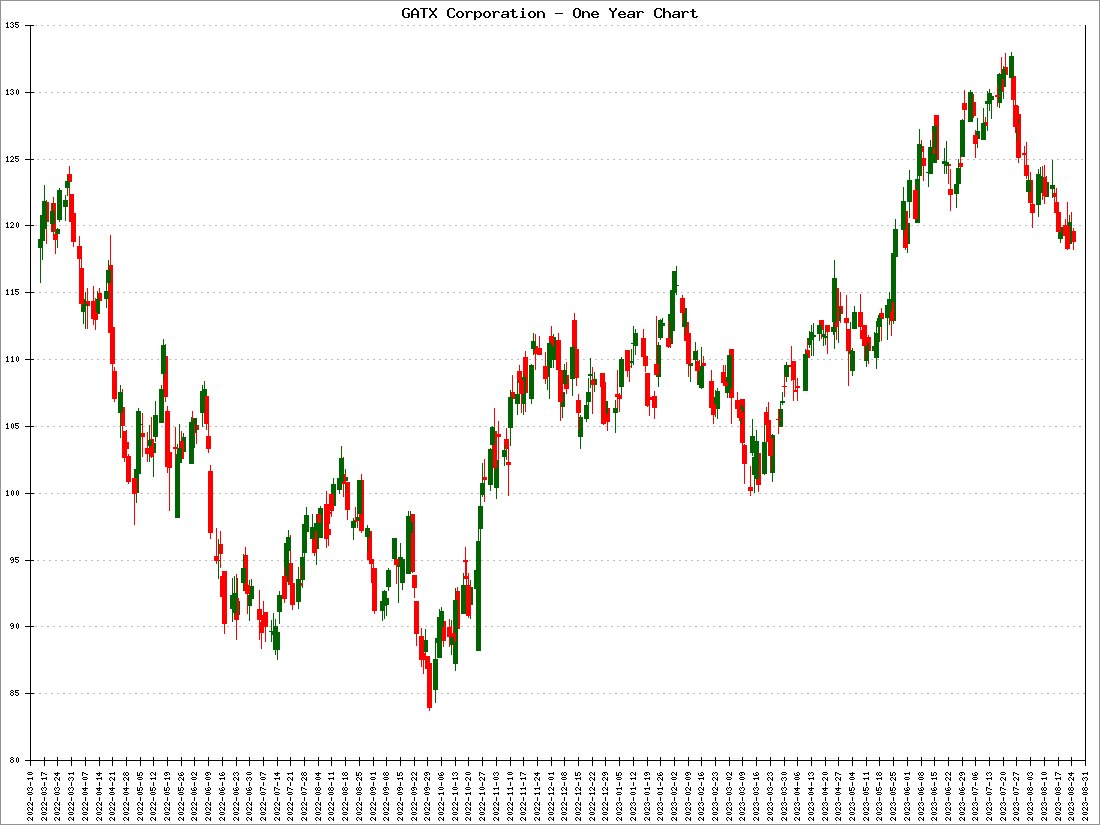 The company operates in the ENERGY & TRANSPORTATION sector and TRANSPORTATION SERVICES industry. GATX Corporation has a staff strength of 0 employees.

This is a -2.86% slip from the previous day's closing price.

A total volume of 114,654 shares were traded at the close of the day’s session.

In the last one week, shares of GATX Corporation have increased by +5.5%.

In the last 12-months GATX Corporation’s revenue was $1.271 billion with a gross profit of $0.904 billion and an EBITDA of $0.692 billion. The EBITDA ratio measures GATX Corporation's overall financial performance and is widely used to measure its profitability.

In the trailing 12-month period, GATX Corporation’s operating margin was 25% while its return on assets stood at 2.04% with a return of equity of 8.6%.

In Q3, GATX Corporation’s quarterly earnings growth was a negative -27% while revenue growth was a positive 2.4%.

The PEG on the other hand provides a broader view compared to the P/E ratio and gives greater insight into GATX Corporation’s profitability.

GATX Corporation stock pays annual dividends of $2.06 per share, indicating a yield of 1.95% and a payout ratio of 0%.

GATX Corporation (NYSE: GATX) strives to be recognized as the best car rental company in the world by our customers, our shareholders, our employees and the communities where we operate. The company is headquartered in Chicago, Illinois since its founding in 1898.