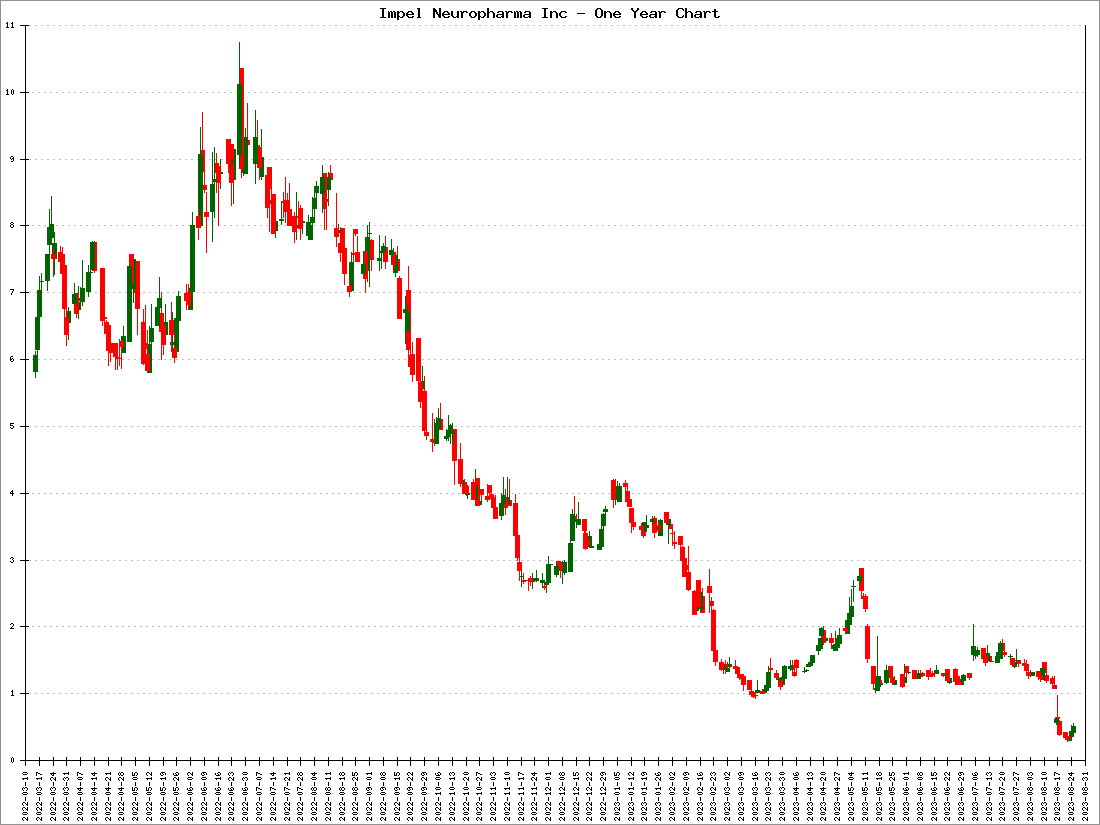 Impel Neuropharma Inc had its IPO on 2021-04-23 under the ticker symbol IMPL.

The company operates in the LIFE SCIENCES sector and PHARMACEUTICAL PREPARATIONS industry. Impel Neuropharma Inc has a staff strength of 0 employees.

This is a -2.24% slip from the previous day's closing price.

A total volume of 28,320 shares were traded at the close of the day’s session.

In the last one week, shares of Impel Neuropharma Inc have slipped by -2%.

The PEG on the other hand provides a broader view compared to the P/E ratio and gives greater insight into Impel Neuropharma Inc’s profitability.

Impel Neuropharma Inc stock pays annual dividends of $0 per share, indicating a yield of 0% and a payout ratio of 0%.

Impel NeuroPharma, Inc., an advanced-stage pharmaceutical company, focuses on the development and commercialization of therapies for patients suffering from diseases of the central nervous system in the United States. The company is headquartered in Seattle, Washington.