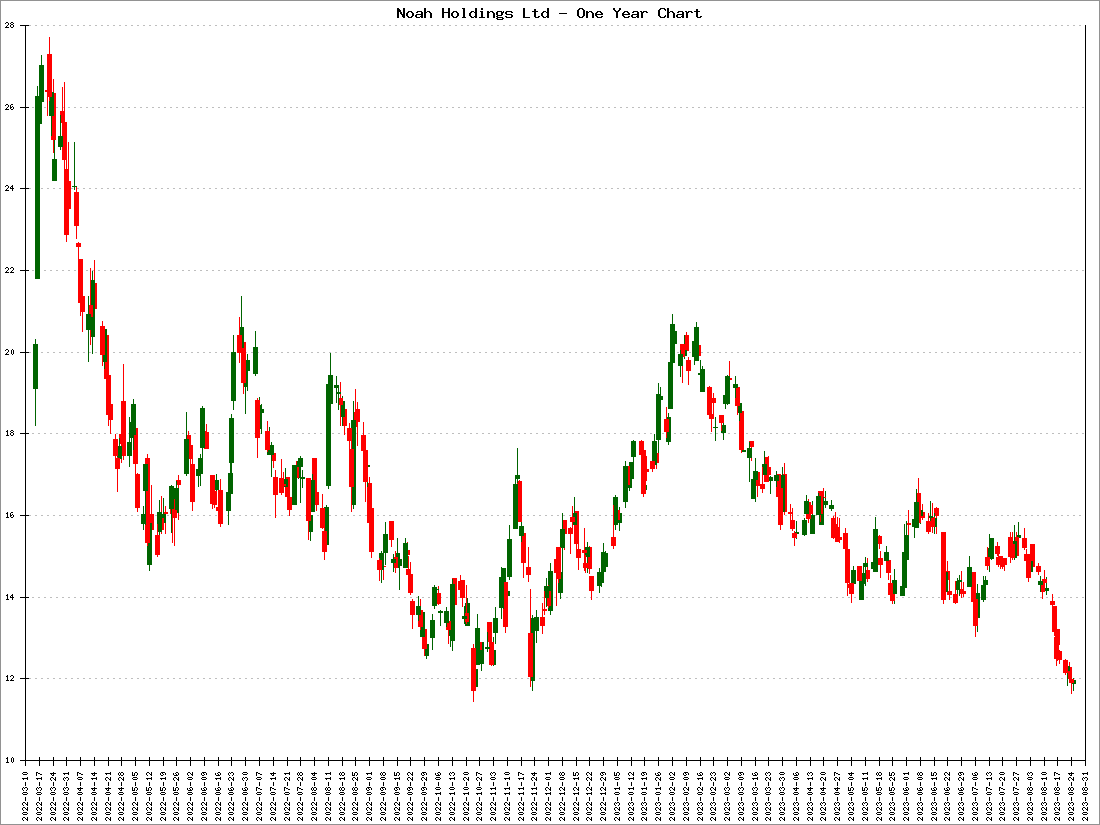 The company operates in the FINANCE sector and INVESTMENT ADVICE industry. Noah Holdings Ltd has a staff strength of 0 employees.

This is a -4.51% slip from the previous day's closing price.

A total volume of 69,994 shares were traded at the close of the day’s session.

In the last one week, shares of Noah Holdings Ltd have slipped by -2.38%.

In the last 12-months Noah Holdings Ltd’s revenue was $3.703 billion with a gross profit of $2.124 billion and an EBITDA of $1.177 billion. The EBITDA ratio measures Noah Holdings Ltd's overall financial performance and is widely used to measure its profitability.

In the trailing 12-month period, Noah Holdings Ltd’s operating margin was 27% while its return on assets stood at 5.99% with a return of equity of 14.5%.

In Q2, Noah Holdings Ltd’s quarterly earnings growth was a positive 14.3% while revenue growth was a negative 17.9%.

The PEG on the other hand provides a broader view compared to the P/E ratio and gives greater insight into Noah Holdings Ltd’s profitability.

Noah Holdings Ltd stock pays annual dividends of $0 per share, indicating a yield of 0% and a payout ratio of 0%.

Noah Holdings Limited, is a provider of wealth and asset management services with a focus on investment and asset allocation services for high-net-worth individuals and companies in mainland China, Hong Kong and internationally. The company is headquartered in Shanghai, the People’s Republic of China.